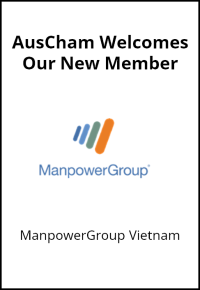 David was one of the main instigators in the re-birth of the West Australian Vietnam Business Council in 2015. Having lived and worked in Vietnam, David is passionate about establishing trade and investment relationships between Western Australia and Vietnam.

Born in Bristol, England, David migrated to Western Australia in 1982 and after ten years working for Woodside Offshore in Karratha as an Electrical / Instrumentation engineer he returned to Perth and began a new career as a ‘Change Management’ specialist. David worked throughout Australia /NZ and South East Asia, working across a very diverse range of industries that included Oil & Gas, Mining, Marine, Construction, Engineering, Logistics, and International Tourism.

In 2012, David founded Spinifex International Business Services and over the last eight years has united a small team of business specialist who share his passion for not only helping but also connecting SME’s in Australia, and Vietnam.

David has been President of the Perth based West Australian Vietnam Business Council for four years and was recently instrumental in helping the West Australian Government sign an MOU with the Ba Ria Vung Tau Dept of Trade & Investment.

Footnote: David is also a musician / composer and whilst living in Vietnam successfully released a four track CD called ‘Hello Vietnam’ which promoted Vietnam as a destination for international tourist and he also wrote and recorded ‘Forever We Will Run’ a song that tells the story of the Vietnam Swans footy team origins.